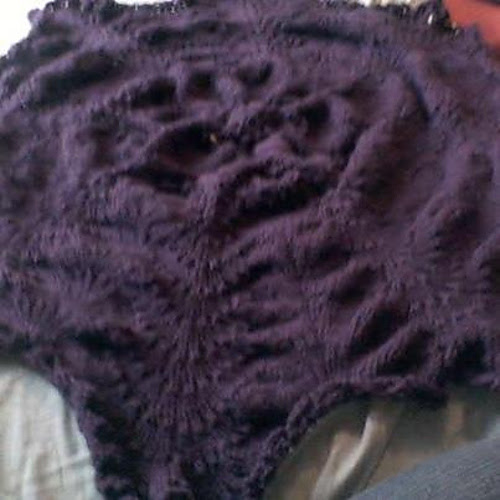 I done deed not terribly much.. but I did do stuffs. The original (Greenish ) Hemlock got frogged and I made one in purple instead.. I don't particlualy like it but maybe if i can get the yarn to "block" it'll look nice. Its acrylic so it probably will take "killing" the yarn to get it to flop better. Thats a project that I've not thought about much at all. 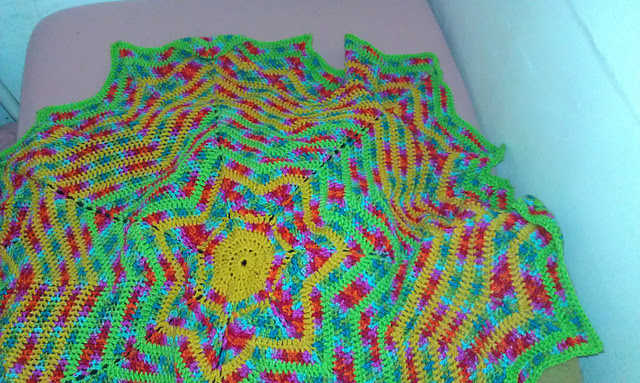 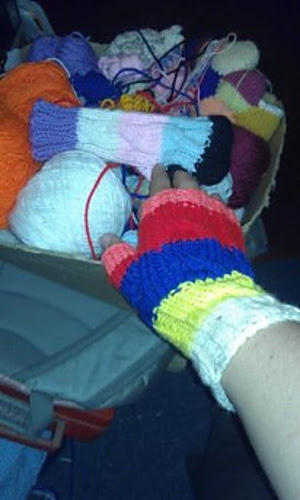 These mitts were vaguely inpsired by Dr. Who's huuuuge scarf (earlier doctor) 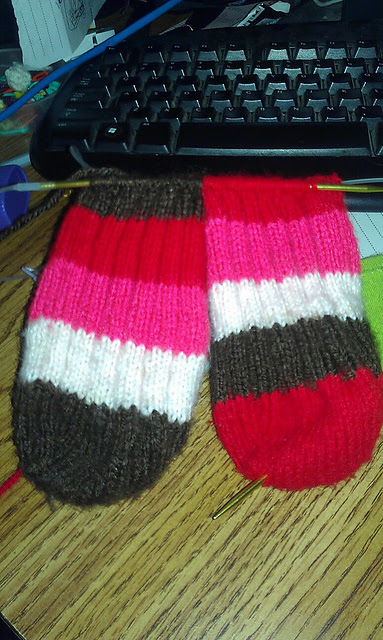 And I got an Obitsu. (and two heads) (The left one is called Mo the one w/o the body is Bic)


Other stuff happened but I'm too lazy as per usual to find pictures of it.. or to write more.. blah.. Back to the socks! squee.. they're alot of fun.. despite the tiny stitches.
Posted by Mary/May at 7:09 PM No comments:

Blehhhh when I feel like writing.. Its always so detailed or just perfect.. of course.. I'm usually asleep. LOL
I've done some things crafting wise, and I dyed some yarn last week.. It was pretty cool though far more pastel than I do like.. I think I'll overdye it again soon unless the right project comes along. Did it with food coloring icecubes. Worked on a pretty blanket called Hemlock Ring untill I ran out of the green I was using so now its sitting in a bag waiting for me to get to the store to get more of it.

ARgfhhlka jtuar543u890.. I broke my spinning wheel.. about two weeks ago.. it was a day or two after the concert..I think.. And its really bothering me. If I could do tack welding I'd fix it but I can't so I have to wait for dad to have the time to fix it.
Posted by Mary/May at 6:20 AM No comments:

that is all.. no pics sorry lol
Posted by Mary/May at 2:11 AM No comments:

well.. actually made it last weekend but still.. also have made a brown one similar to this one ^^

oh and i made a sock monkey on the knitting machine courtesy of a nice lady needing re-testing of her pattern.
Have I ever said how terrible I am about keeping to posting regularly?
Posted by Mary/May at 11:28 PM No comments:

ultimate-awsomesauce-coolness-uhh.. yeah its like crack for knitters HEXIPUFFZ  so yeah.. knooking hexipuffs.. though since i dont have the monies to spare for patterns i kinda made up my own.. and im doing mine in worsted weight not sock/fingering. my birthday wasnt.. too bad.. finally got my 3 new drawers for yarn/projects/wool(for spinning) oh yeah.. i also bought some wool from Sheep Shed Studio really good prices for quality stuff.. granted i did get a  5lb"Bag 'o Crap" i still think its awsome... now to just get the spinning wheel finished..
Posted by Mary/May at 10:23 AM No comments: 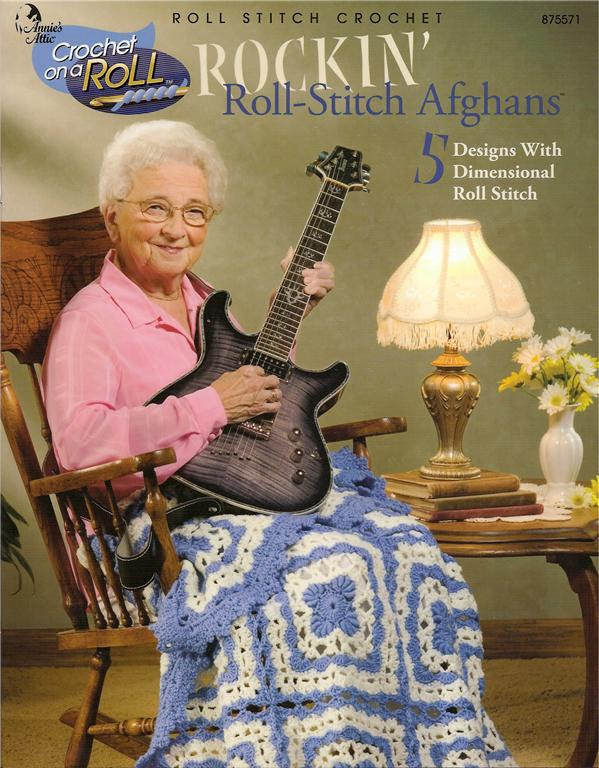 I came across this on ebay tis a pattern book that highlights what appears to be the bullion st. Thought I'd share the funny cover with yall.
Posted by Mary/May at 9:01 PM No comments: